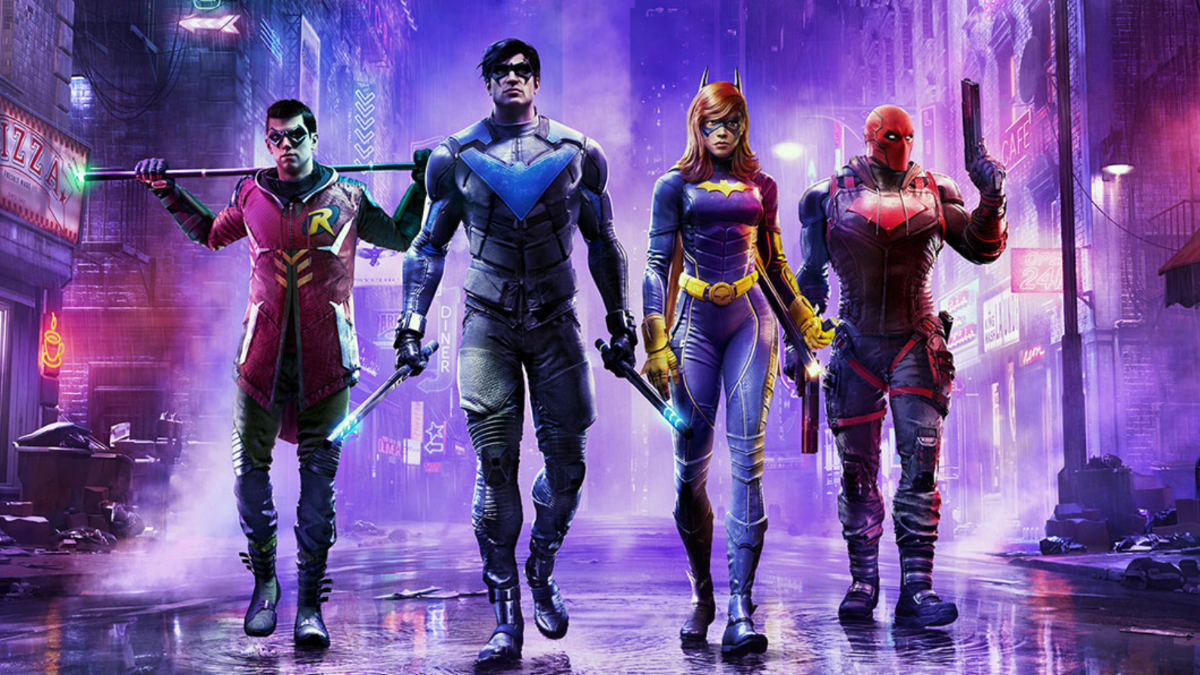 Gotham Knights is one of the most anticipated games of the year. The last entry in the Batman franchise, this game will present a new look at the franchise and its legendary mythos. The game will feature several familiar voice actors that fans will likely recognize from other major projects.

So if you’re trying to place a voice, here are all the confirmed voice actors Gotham Knights and where you heard them.

What is Gotham Knights?

Developed by WB Games Montréal and published by Warner Bros. Interactive Entertainment, Gotham Knights is an action role-playing game set in a massive, open-world version of Gotham. Following Bruce Wayne’s death, players will take control of four of Batman’s protégés – Nightwing, Robin, Red Hood and Batgirl – as they try to protect the city and carry on Batman’s legacy. However, the power vacuum following Batman’s death has thrown Gotham into chaos, making this easier said than done.

Many voice actors are currently confirmed for the game. At the time of writing, the game will feature the following actors.

Video game fans will probably know Christopher Sean as this year’s Arokkeh Horizon Forbidden West. However, he has also appeared in many other projects, including playing Brandon in the TV series You and voice Kazuda Xiono Star Wars resistance.

He has also done additional voice work for other video games, including Marvel’s Avengers, Ghost of Tsushima, and Fallout 76.

Oyoung is a highly experienced voice actor for video games. Most recently he played KK in GhostWire: Tokyo, but he has also played Grayson in Cyberpunk 2077, Alex Weatherstone i Death Stranding, and Mister Negative in Spider man.

Apart from games, he has also appeared in TV series such as The last ship and Good problems. He also played Dokk Strassi in The Book of Boba Fett.

A very prolific voice actress, America Young has appeared in many things. Most notably, she has been the voice of Barbie in many projects, including Barbie vlogs, Barbie: It takes two, Barbie: Big city, big dreamsand Barbie Dreamhouse Adventures.

She has lent her voice to a few video games in the past, such as The Voices of Virtual Steelport from Saints Row IV and make more votes for Saints Row The third and Dead Space 2.

Despite being dead, Batman will be voiced in the game. Most of it will be in the form of flashbacks and recorded messages. Seasoned actor Michael Antonakos will take on the legendary role.

Antonakos is known for his performances as Dr. Yanny Dabalos in Far Cry 6, Stefanos Zervas in Subnautica: Below Zero, and Alexios in Assassin’s Creed: Odyssey. Outside of gaming, he is known for voicing The Mechanic in Ninjago TV Shows.

Jackson is probably best known for voicing Flyseyes in Netflix’s smash hit Castlevania series. However, he has also recorded Ian Carlyle The bold type and was Gideon in the original Charming.

Toufexis have appeared in a ton of video games over the years. He has played Vince in As dusk falls, Get into Back 4 blood, Vayne in The Walking Dead: Survivors, Tetsuo in Genshin Impact, and Maxim Antonov i Call of Duty: Black Ops Cold War. He has also provided multiple voices for many other titles.

Toufexis has voiced Seraphim blood of zeus, and he recorded Kenzo The extension.

Video game fans will know Dinh-Robic for her performance as Meredith Quill in Marvel’s Guardians of the Galaxy. But she has also appeared in other things, including voicing Delara Auzenne Deus Ex: Mankind Divided, Noore in Far Cry 4, and Liza Snow in Far Cry 3.

Outside of games, she continued to play Caroline To be human, Olivia Fawcett in the listener, and Beatrice Hamelin i 19-2.

Pages is one of the lesser known actors in the cast. However, many will recognize him from the documentary The Booze, bets and sex that built America, where he played Ben Duke.

Pohl has had a long and varied career. She was most famous for voicing Mercy Overwatch. She also played Rixxa Fluxflame in World of Warcraft: Battle for Azeroth.

Most viewers will recognize Kenin’s voice from Pokémon anime. She has played several roles in the show, notably playing Lana in Pokemon Series: Sun & Moon.

She has also played Kurosasori in Samurai Deeper KyoKurako Hieda i Shrine of the Morning Mistand Shin in Uchû kaizoku Mito no daibôken. Famously, she wrote and appeared in 47 secrets to a younger you in 2015.

Kate Miller will be doing many additional voices throughout the game. Miller has had a varied career, but her recent performance as Amanda Shaw in Hightown has won her many new fans.

She has also appeared as Debbie DuPree in Sealab 2021 and played Nadine Lovett in A life to live. She has also lent her voice to many games, including voicing the female human protagonist Destiny 2: The Forsaken and Guild Wars 2: Path of Fire.

Di Quon will also provide additional voices for the game. She has appeared in quite a few things, most notably playing Rita in Adults and Lily Kim in Maid in Manhattan.

Lies of P is about Pinocchio for three very good reasons, actually