An FCC commissioner says the agency made a mistake by canceling $886 million in funding for SpaceX’s Starlink, arguing the decision risks leaving many rural residents without access to high-speed Internet.

That’s what Republican Commissioner Brendan Carr says(Opens in a new window) he was “surprised” by the decision, which “constitutes a clear error and clearly exceeds the agency’s authority,” he claims.

“The FCC’s 2020 award to Starlink secured a commitment to provide high-speed Internet service to 642,925 unserved rural homes and businesses in 35 states. By reversing course, the FCC has just chosen to vaporize that commitment and replace it with…nothing, asserts Carr. “It’s a decision to keep families waiting on the wrong side of the digital divide when we have the technology to give them high-speed service today.”

chirping(Opens in a new window)

In 2020, the FCC tentatively awarded $886 million to Starlink as part of a federal program to bring high-speed Internet to rural areas across the United States. The program’s goal is to deliver Gigabit internet speeds to over 85% of selected rural locations and at least 100 Mbps download speeds to all 99.7% of locations in the coming years.

But earlier this month, the FCC announced it was pulling funding for Starlink because its popularity has resulted in network congestion.

“We cannot afford to subsidize businesses that do not deliver the promised speeds or are unlikely to meet program requirements,” FCC Chairwoman Jessica Rosenworcel, a Democrat, said after the commission rejected SpaceX’s long-term application for the subsidies.

Specifically, the FCC called Starlink an “emerging” satellite Internet technology that has “recognized capacity limitations” to deliver consistent high speeds to users. In addition, the regulator cited data from Ookla’s speedtest.net showing that existing Starlink speeds “have declined from the last quarter of 2021 to the second quarter of 2022.” 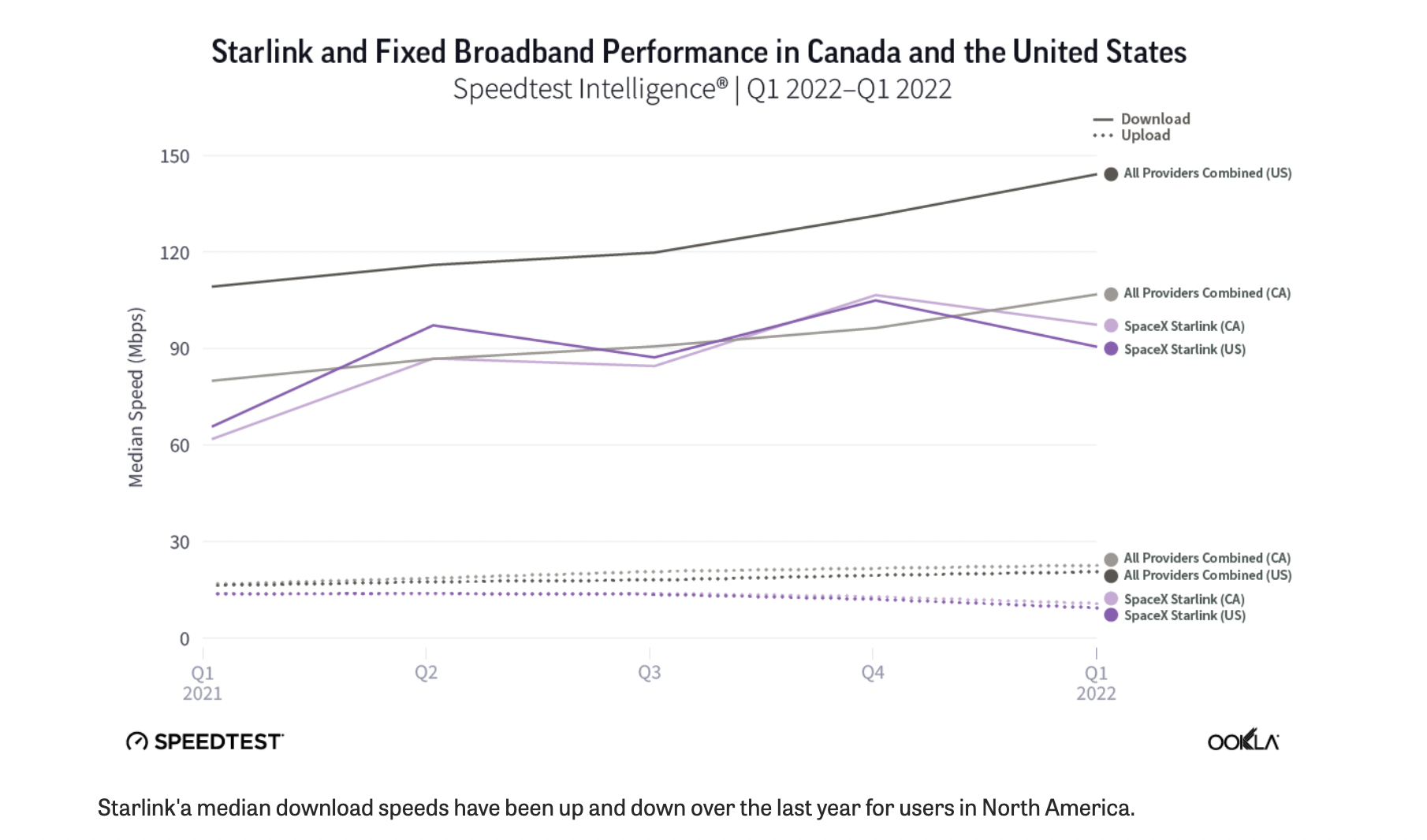 However, Carr says it is wrong to describe Starlink as a risky or ever-evolving technology. He points out that the same Ookla data shows that Starlink speeds have increased year over year for users in the US. Additionally, he notes that speeds are expected to improve over time as SpaceX sends more Starlink satellites into orbit.

“Especially given the speeds Starlink already offers and the pace at which it continues to launch satellites, the FCC’s decision provides no reasonable basis to determine that Starlink was unable to meet its regulatory obligations,” he says, later adding: ” “Finally, this action may be read as an untimely and inappropriate attempt to review the entire Commission’s 2020 decision to allow satellite providers to compete on prices, rather than the limited review authorized.”

Recommended by our editors

The FCC also had concerns about Starlink’s high costs. Chairman Rosenworcel specifically cited how consumers must pay $599 for the Starlink dish. However, Carr says the FCC already subsidizes other expensive satellite Internet services that lag behind Starlink in broadband quality.

“Right now, the FCC is offering universal service for much slower Internet services that cost consumers a lot more,” he says. “Yes, when I learned of the FCC’s decision while on a business trip to Napakiak, Alaska, I heard from residents there and in surrounding villages who pay hundreds of dollars every single month for services supported by the FCC’s universal service rates that deliver speeds less than 1 /10 of Starlinks.”

The FCC did not immediately respond to a request for comment. But the commission is still slated to provide $9 billion in funding to support other high-speed broadband projects across rural America. The subsidies intended for Starlink would have covered(Opens in a new window) many areas in the United States, where satellite Internet service is already available to order.

Get our best stories!

Sign up What’s new now to get our best stories delivered to your inbox every morning.

This newsletter may contain advertising, deals or affiliate links. Subscribing to a newsletter indicates your consent to our terms of use and privacy policy. You can unsubscribe from the newsletters at any time.

Apple’s refurbished AirPods Max are $180 off their original cost