When a 14-year-old boy was in danger of drowning off the Spanish coast of Valencia last month, help came in an unusual form: a drone.

Within seconds of spotting trouble, the lifeguards used walkie-talkies to alert trained drone pilots to fly one over to the child. Battling a crosswind, the drone hovered a few meters above the boy, dropping an automatically inflating life jacket. Shortly after the child put on the vest, a lifeguard arrived on a jet ski to bring him back to shore.

The rescue mission relied on technology from General Drones, a Spanish company that offers a preview into future summers: one where sun-kissed lifeguards can use drones to help respond more quickly to potential drownings.

The technology has gained traction in Spain, where it is used on nearly two dozen beaches. In other countries, including the United States, lifeguards also use drones as an extra set of eyes.

Lifesaving drones provide a crucial advantage, lifeguards and company officials say, especially when time is of the essence.

“Every second matters,” said Adrián Plazas Agudo, CEO of General Drones and a former lifeguard. “Our first response is in about five seconds … It’s very important to reduce the time.”

Drones can be enlisted to combat tornadoes and other climate disasters

In the United States, the concept of lifesaving originated around the 18th century, mostly to save people from shipwrecks. About a century later, as shipwrecks began to decline and recreational swimming rose, the roots of modern lifeguarding emerged: trained lifeguards patrolling pools and beaches, ready to respond.

For years, the tools of a lifeguard have not changed. Rescuers spot a person struggling in the water, rush out and throw them a doughnut-shaped ring buoy.

But as technology developed, so did lifeguard equipment.

Lifeguards began using jet skis and inflatable rafts around the 1980s to quickly reach people in danger on the beach. In the 2000s, companies created software to visually detect swimmers struggling in pools, giving lifeguards an early warning system. (It is unclear whether these systems were ever commonly used.)

Lifeguards must get to people struggling in the water as quickly as possible, Fisher said, and a delay of seconds can be the difference between life and death. Using speedboats to rush people out is expensive and still takes time, he added, and swimming to a person is a difficult process. The lifeguards in the water depend on colleagues on land to direct them. However, if the person struggling in the water is tired, they may go underwater or move quickly along the shoreline, making it difficult to be spotted.

Not Just Fun in the Sun: Rehoboth Beach Lifeguards in a Century of Service

Agudo, who spent years as a lifeguard in Valencia and is an industrial engineer, started General Drones in 2015 after a harrowing incident on the beach. He patrolled a stretch of beach with Enrique Fernández, who became his co-founder of the company. They saw a woman starting to drown and rushed out to her – but they were too late.

“I could see the woman drowning in front of me,” he said. “That was the breaking point.”

After that, Agudo and Fernández teamed up with engineers at Valencia’s Polytechnic University to create a drone that could reach people faster than the fastest swimmer or jet ski and potentially save lives. They realized that the beach was a harsh environment and needed a drone that could withstand water, sand and wind.

In the end, they created a drone that is about two feet wide and weighs about 22 pounds. Made from carbon fiber and wrapped in a Go-Pro-like casing, it prevents the beach environment from eroding the mechanical innards. The drone is equipped with a high-resolution camera and has two folded life jackets that inflate once it touches the water.

Currently, 22 beaches in Spain use the technology, Aguro said. It has been used in approximately 40 to 50 life-saving incidents in Spain. The drones can reach speeds of up to 50 mph, and monitor approximately 3.5 miles from land.

The drone, called Auxdron LFG, costs about 40,000 euros to buy. Counties that buy the drone also pay €12,000 per month for specialized drone pilots who have been trained by General Drones to carry out the challenging task of flying a drone into the sea, where the wind is strong, and deploying life jackets precisely over someone who is drowning .

A number of lifeguard officials in the United States said they are excited about drones. At the same time, they noted that the technology is not a replacement for actual lifeguards and will not gain widespread use until costs come down.

Chris Dembinsky, chief of technology for Florida’s Volusia County beach safety department, said he has four small drones in his arsenal to patrol the lakes and beaches in his jurisdiction, which includes the famous Daytona Beach.

Dembinsky said he can’t use his drones for life-saving missions right now. They are too small to release buoys or help tow people ashore. The life jackets they drop whip around in the wind too much.

Mostly, he said, they are used to patrol beaches and lakes. They have been particularly helpful in locating kayakers who have become lost in backwaters and helping guide them back to shore or providing information about their exact location to public safety authorities for rescue efforts.

In the future, Dembinsky would like to add more drones to his arsenal and deploy them in life-saving missions, but only if prices come down. His budget only covers smaller $3,000 to $8,000 models, which are more useful for patrolling coasts. But the life preservers can cost tens of thousands of dollars and are out of reach.

“If we had that much money,” he said, “we’d probably pay our lifeguards more.”

Amazon drones are coming to town. Some locals want to shoot them.

Tom Gill, chief of the Virginia Beach Lifesaving Service and vice president of the United States Lifesaving Association, agreed that drones would be useful for lifeguards to patrol the coast and assist in lifesaving missions.

In a best-case scenario, he said, lifeguards or a drone might spot a drowning person. Then a drone could be quickly deployed to drop a life jacket to them. It will allow the person to stay afloat while a lifeguard swims or jet skis over to help the person return to shore.

But he said that no matter how advanced the technology becomes, drones cannot replace lifeguards, who can detect unsafe situations when they begin.

“It might be nice to have that drone go out there and maybe they’ll get there faster than the lifeguard,” he said. “But many times the lifeguard has already prevented this from happening in the first place.”

Online prices fall for the first time in two years 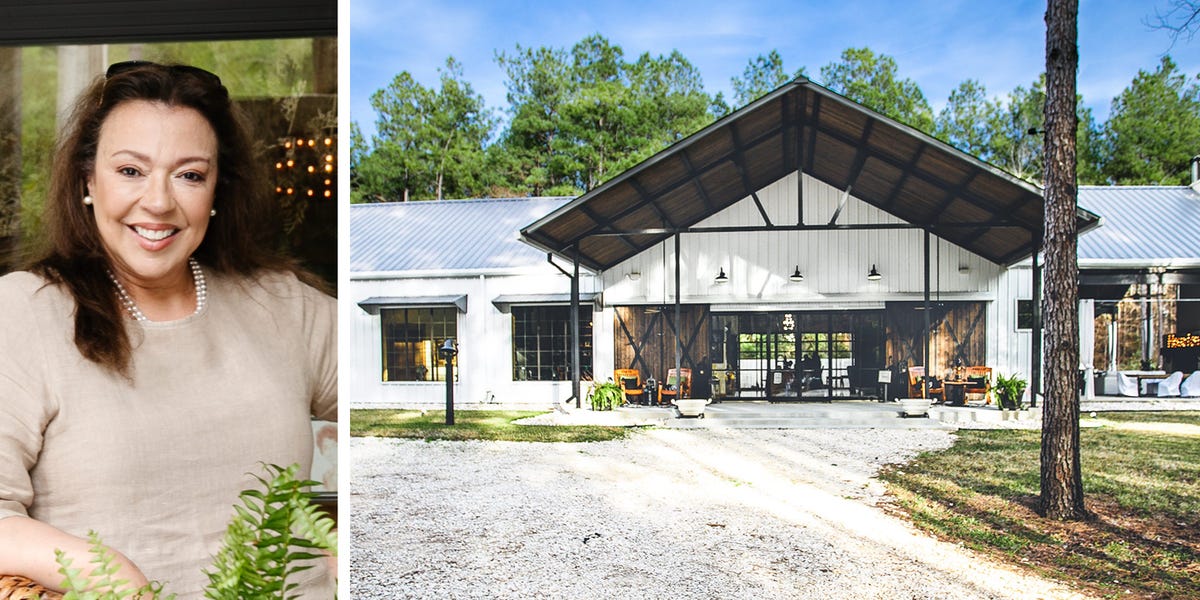 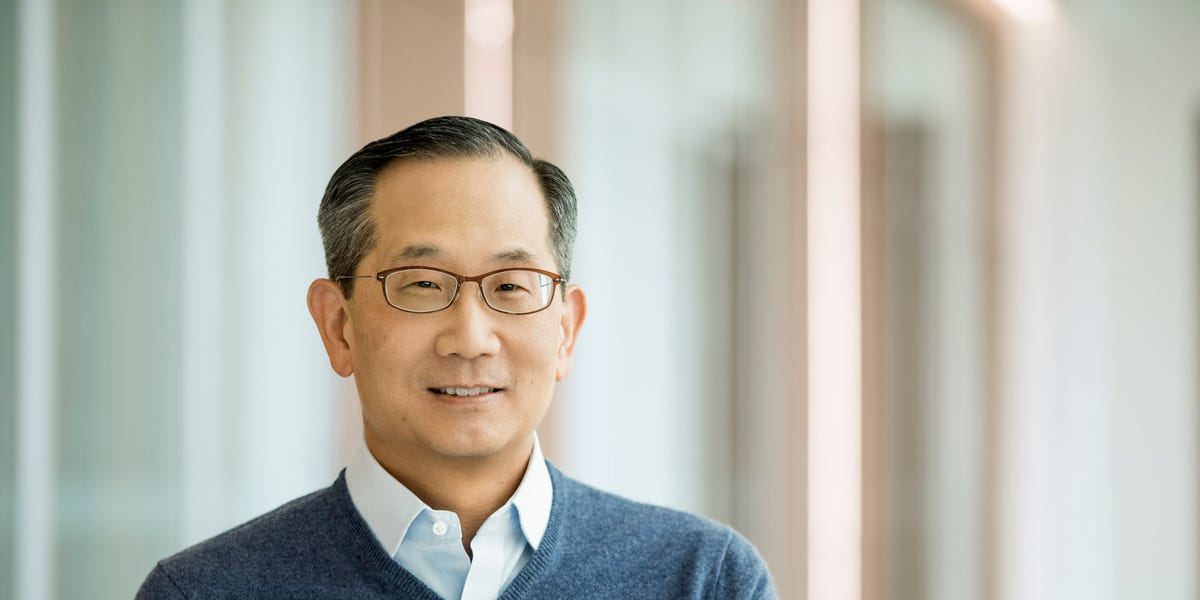