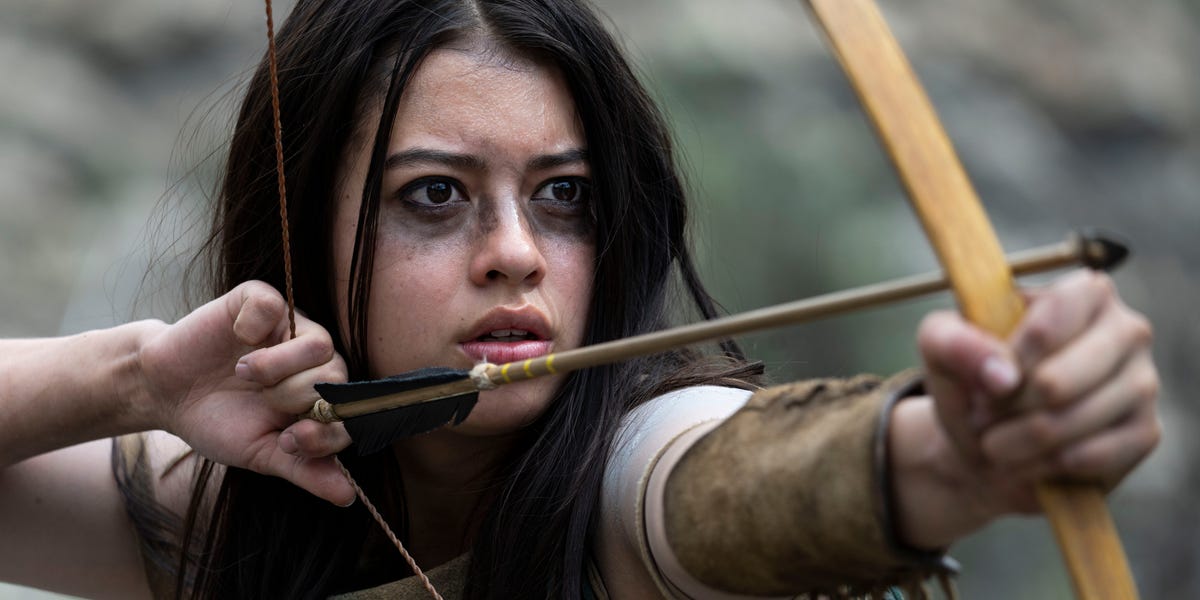 “Predator” fans rejoice. Hulu’s “Prey” is a worthy addition to the franchise, as this gory look at the killer alien’s first journey to Earth delivers ultra-violent action and a powerful story about one woman’s quest to become a leader.

On top of all that, director Dan Trachtenberg (“10 Cloverfield Lane”) cleverly included unique callbacks from the “Predator” franchise, including the origin of a hallmark from 1990’s “Predator 2.”

Set in 1719, “Prey” follows Naru’s (Amber Midthunder) journey to become a Comanche warrior by setting out to slay a beast in the forest, which, unbeknownst to her, is a killer from another planet.

After Naru helps a white settler who is also hunting the Predator, he gives her a flintlock pistol in return. In her final battle with the Predator, the gun is one of the things she uses to fight it.

In the film’s final sequence, Naru returns to his tribe with the Predator’s severed head, showing that the threat is over. She then gives the gun to the elder of the tribe. He looks at the engraving on it, which reads: “Raphael Adolini 1715.”

This is a callback to “Predator 2.”

At the end of that film, which is set in 1997 Los Angeles, Danny Glover’s LAPD Lt. Harrigan character gets the exact gun from a Predator.

Trachtenberg told Insider that the idea to include the gun in the film came very early in the development of “Prey.”

“What came first was the idea of ​​making a movie with Native American protagonists and the Comanche in particular,” said Trachtenberg, as he wanted to plug Predator further back in time than has ever been done before in the franchise.

“And then the ‘Predator 2’ light bulb went off and I thought that’s the date, that’s where we should go,” he continued. “The pistol might even have been in my first pitch to the studio.”

However, the gun already had an origin story.

One cartoon has the Predator get the gun from a pirate

In a July 1996 Dark Horse Comics anthology series, a story titled “Predator: 1718” features a Predator fighting alongside a pirate named Raphael Adolini who gives the Predator the gun before his death.

It was also an idea “Predator” creators Jim and John Thomas had in the mid-1990s for a sequel in the franchise.

Trachtenberg said he was unaware of the comic or the sequel idea when he and screenwriter Patrick Aison developed “Prey,” but has since been filled in on the story.

“It was only working on the film that I learned about it,” he said. “I was expecting when we got the go-ahead that we were going to get the ‘Predator’ Bible. ‘Here’s all the information you need: the words we use, all the weapons that have been used.’ It doesn’t really exist in the studio. There’s been no continuity .”

This led to a challenge when it came time to track down the gun prop.

A YouTuber Made the Gun You See in ‘Prey’

Trachtenberg said he doesn’t know where the “Predator 2” gun is located, assuming it’s buried deep in the Fox studio archives. So, “Prey” prop master James Rosenthal was tasked with creating it. But in that process, Rosenthal had a big break.

“He ended up on YouTube and saw a fan vlogger making replica guns,” Trachtenberg said. “On the shelf behind him in the shot was the ‘Predator 2’ gun. So he reached out to that vlogger and said, ‘I need it. It looks better than anything I could make.” So the gun in the movie is off this guy’s shelf.”

That is correct. A “Predator” fan built the gun in “Prey”.

Now a “Prey” sequel has to figure out how to get the gun in the hands of a Predator so that the scene in “Predator 2” makes sense. Trachtenberg admits that he is not too worried.

“I don’t think we’ve painted ourselves into a corner,” he said. “One thing shouldn’t drive any sequel, but like in this movie, it’s a fun thing to keep including to make lore out of something that was just an idea. To embrace that.”

Although no sequel has been announced, the prospects for one look good. The animated credits — which Trachtenberg said were created by seven indigenous artists — show the Predator spaceships returning to Earth for revenge.

And Trachtenberg says he has ideas about how to proceed.

“I’ve been thinking about this movie since I was in 3rd grade, so there’s definitely fun stuff brewing in this universe for me,” he said. “It would be wonderful to make more.”

“Prey” is currently available on Hulu.

The other side of a Paris restaurant is hell 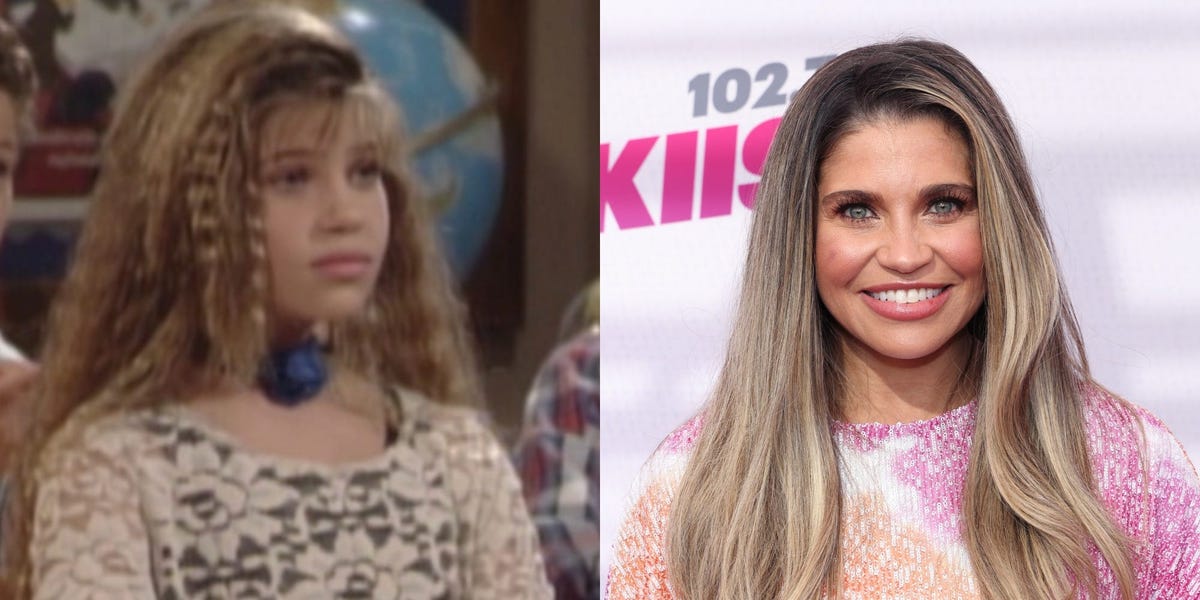 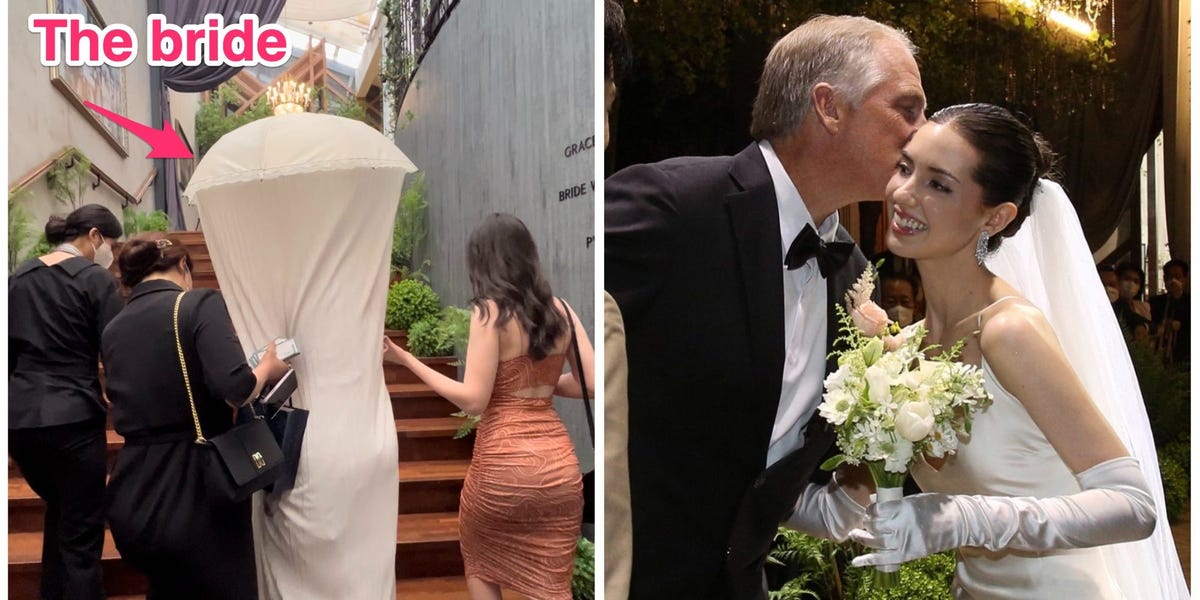