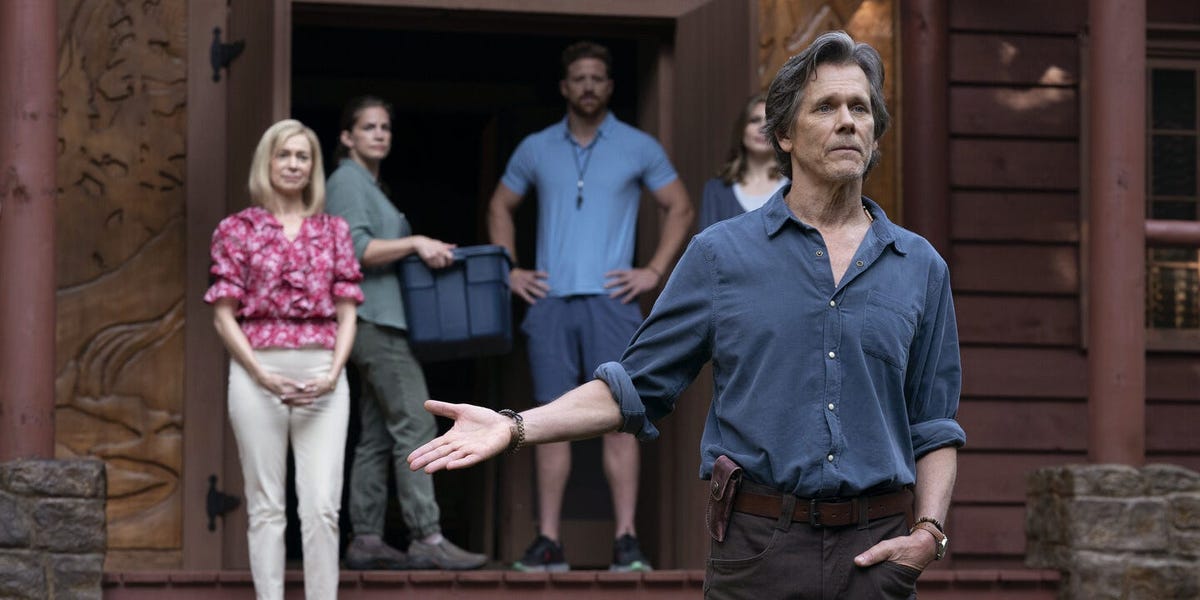 When you purchase through our links, Insider may earn an affiliate commission. Learn more.

Blumhouse’s latest horror film, They/Them, opens on August 5. The slasher film will be available to stream exclusively on Peacock.

“They/Them,” pronounced “de-slash-them,” follows a group of LGBTQ+ teenagers who are stalked by a mysterious killer at a conversion camp. Kevin Bacon stars as Owen Whistler, the camp’s lead counselor. While the counselors initially seem like they’re trying to be friendly, they eventually show their true colors as chaos ensues.

Check out the trailer for “They/Them”

Blumhouse’s “They/Them” is the directorial debut of “Skyfall” and “Gladiator” screenwriter John Logan. Despite being praised for its queer empowerment, early reviews for “They/Them” have been mixed. The film has a “50%” score on Rotten Tomatoes as of August 4.

How to watch “They/Them”

You can watch “They/Them” on Peacock from August 5. The movie is a Peacock original, so you won’t find it on any other subscription service.

Peacock’s basic plan is free to view with ads. This option has a limited selection of movies and series. To unlock everything the service has to offer, you’ll need Peacock Premium for $5 a month. You can also upgrade to ad-free streaming with a Peacock Premium Plus plan for $10 a month.

Can I watch “They/Them” for free?

While most new Peacock movies are usually exclusive to the service’s paid tiers, “They/Them” is expected to be available through Peacock’s free ad-supported plan.

What other movies has Blumhouse released?

“They/Them” is the latest film from Blumhouse Productions. Founded by Jason Blum, the company is best known for producing horror films with directors such as Jordan Peele, James Wan, Mike Flanagan and M. Night Shyamalan.

A few notable horror films released by Blumhouse Productions include:

Jordan Williams is a freelance Insider Reviews contributor. She covers streaming service trends, value comparisons and content availability. She has been writing about streaming and the entertainment industry since 2021, having published over 1,000 articles to date across various publications.
Since 2021, Jordan has been a film/TV writer at Screen Rant, where she has also covered industry news, exclusive events, set visits and reviews. She graduated Summa Cum Laude from the University of Oregon in 2020 with a major in psychology and a minor in media studies.
When not writing about technology or movies, Jordan enjoys exploring the natural beauties of the Pacific Northwest. She can also be found posting reviews on Letterboxd or re-watching “Schitt’s Creek” for the umpteenth time. Abortion bans discourage all kinds of doctors from red states