Today’s Gamescom Opening Night Live was packed with trailers, but what caught our eye in particular was the new trailer for dark fantasy RPG The Lords of the Fallen being developed by Hexworks, which reboots the 2014 title under CI Games. While we didn’t get any gameplay this time around, we did get a few minutes of a theatrical trailer, so we’ll go over what was shown.

The trailer starts with narrator-actor Joseph Quinn, who is instantly recognizable if you’ve seen Stranger Things, then interjects with some heavy metal “Mother”. First, it follows a knight a Dark Crusader, who appears to carry two types of weapons, the first being a large sword to fight the undead with your classic melee. The other is a glowing medieval torch/lantern that seems to have some more mystical powers as it has some sort of tentacle strings that seem to exorcise the red glow from the undead. A potential boss fight that goes wrong, leading to the main character being stabbed and left for dead. But the glowing lantern seems to have some power that restores life to the knight, maybe it has a limited number of lives to give, but the mechanic seems a bit unclear at this point. 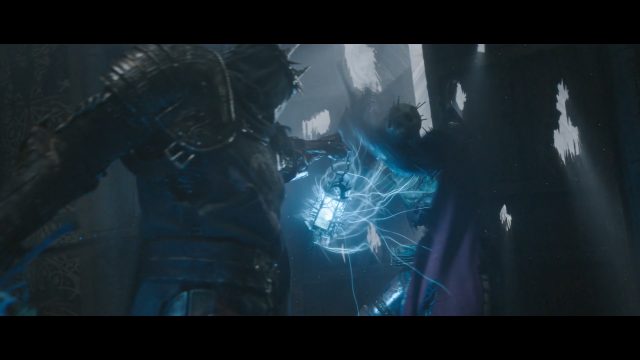 A glowing blue lantern is used as a weapon against the undead, possibly purging them or just a fantasy fly swatter.

The trailer also gives away some of the enemies players will face, including as I said earlier a potential boss fight that poses quite a challenge that ends with the main character falling into a pit of undead skeletons. Another enemy shown during the trailer is some kind of three-headed flying dragon, perhaps another boss or mini-boss fight, which seems to be an interesting creature to face, since you have to escape three heads, not just one. The world seems to be steeped in medieval fantasy, with some magical or supernatural influence, especially with the glowing lantern. The first title also used a mix of melee and magic spells with a strong Dark Souls influence, it may be a continuation of this but new abilities by the looks. 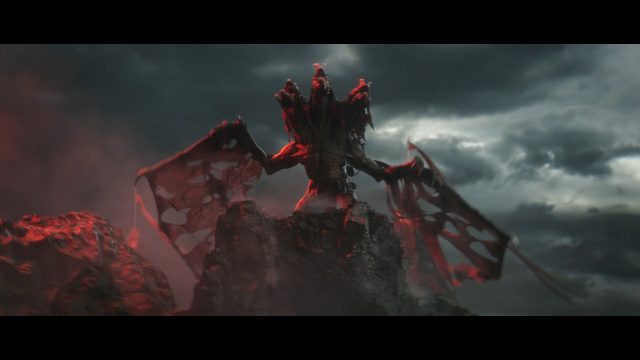 Three heads are better than one when it comes to flying undead dragons.

From the press release, developer Hexworks has revealed that this entry to the game takes place a thousand years after the events of the first game, so there will be a whole new adventure to experience. The worlds are interconnected, so there can be a variation in the types of regions you’ll set foot in. It’s supposed to be five times the size of the original game, so the scale will be much larger than the feel of the prequel. The world will also be full of NPC quests, characters and also a rich story to follow. 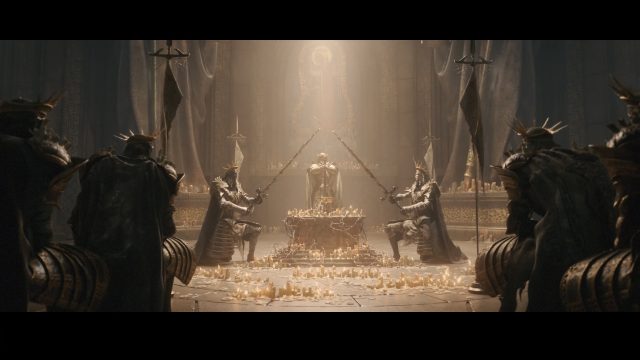 A ceremony surrounded by knights.

Also interestingly when the game was first announced it was called Lords of the Fallen 2 but this announcement seems to have dropped 2. This may have to do with concentrating on a different story slightly from the first as the timeline is now a thousand years later. The first title focused on Harkyn facing the Rhogar army and Adyr, who is exiled to another realm. The “connected” worlds sounds like there would be more realms, more opportunities to explore or possible threats. The video description mentions that the quest is still to overthrow Adyr, who is a demon god, and the video shows that their influence is once again gripping the world.

You will be creating your own hero, but no details on how customized the character aesthetic will be, but in terms of progression and customization a full range. You can embark on your journey in the solo campaign or team up with another player in “non-stop online co-op”, which is a brand new feature for this IP. The tactical combat becomes fast and fluid, with the use of spells and characters interested in magic. This can be especially useful in co-op, as you can help polish your partner. So far we don’t know if it will be like in Elden Ring if you can use summoning to help in battle, or pure ranged magic. 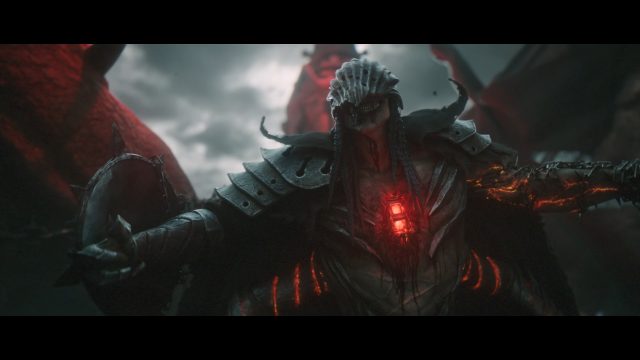 Enemies glow red, a source of their power?

Hexworks has the talent working on this game, as executive producer Saul Gascon has worked on the likes of Dead by Daylight and PayDay 2, so that would work in favor of the aforementioned co-op features. Then there’s creative director Cezar Virtosu, who has worked on Shadow of the Tomb Raider, and Assassin’s Creed Origins, which has some amazing worlds.

We can’t wait to see more of this game as it looks like they are breathing some fresh air into the franchise and the world sounds like a more expansive realm with more opportunities to explore especially with the use of Unreal Engine 5 which has some stunning graphics for next-gen consoles as well as PC. We’re especially looking forward to seeing how the combat has changed as it sounds like much faster soul-like combat, and what new abilities or magic spells players will be able to use. 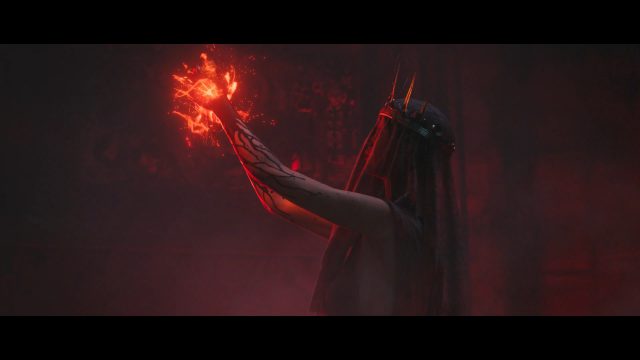 The power of the sun in the palm of my hand…or something like that.

The fallen lords will be released on Playstation 5, Xbox Series X|S and PC. No release date has been announced, but a full game reveal is planned for later this year.

Call of Duty joins Xbox Game Pass, but still launches on PlayStation on the same day