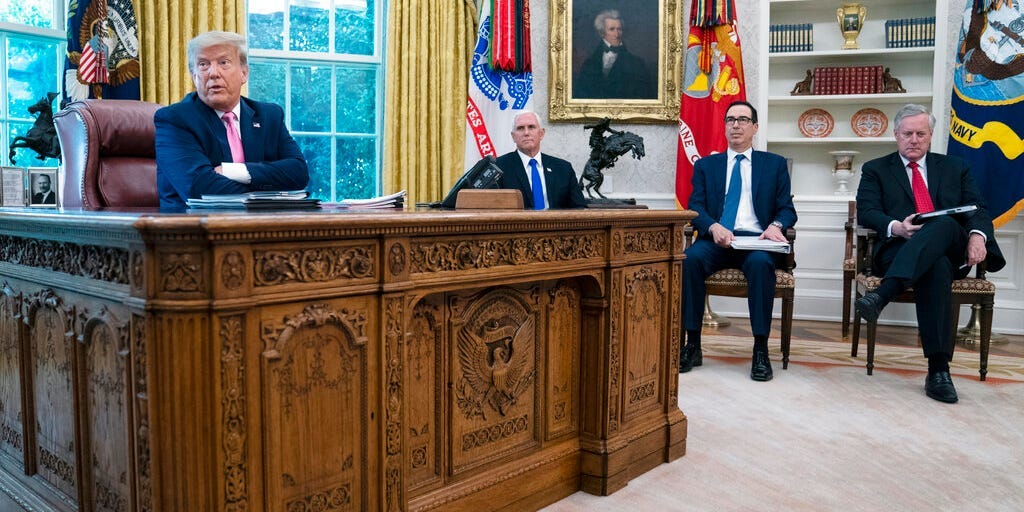 The Justice Department is investigating the Jan. 6 Capitol riot, and sources told CNN that Trump’s legal team is in talks with the DOJ regarding their investigation, the first known interaction between the two camps.

Trump’s lawyers have advised the former president not to speak with his current and former aides, according to CNN, particularly Meadows, whose former aide Cassidy Hutchinson testified before the House Select Committee, which is also investigating the events of January 6, 2021.

“There is clearly a concerted effort to undermine the vital, constitutionally enshrined executive and attorney-client privilege through partisan, political persecution,” a Trump spokesman told CNN in a statement. “How can a future president ever have private conversations with his lawyers, advisers and other senior advisers if such adviser is forced, either during or after the presidency, before an unelected committee or other entity, and is forced to reveal these privileged , confidential discussions?”

The spokesman added: “President Trump will not be deterred by witch hunts or kangaroo courts from continuing to defend and fight for America, our Constitution and the truth.”

In the wake of the testimony of his former aides Hutchinson and Griffin, there remains the chance that the DOJ may seek Meadows as a witness in their investigation.

In a statement to CNN, Meadows’ attorney George Terwilliger said “this is all idle and uninformed speculation, apparently by people who know little but talk a lot.”

Nonetheless, former White House counsel Ty Cobb told CNN that Meadows is “perfectly positioned to be the John Dean of this mess,” alluding to the former aide to former President Richard Nixon whose public testimony was crucial to the Senate committee investigating The Watergate Scandal.

“Reason [Meadows] is valuable is also why he’s at risk: He was basically at Trump’s right hand through all these exercises and participated in key meetings and phone calls,” Cobb said. Abortion bans discourage all kinds of doctors from red states

How WHO plans to rename disease over racism concerns